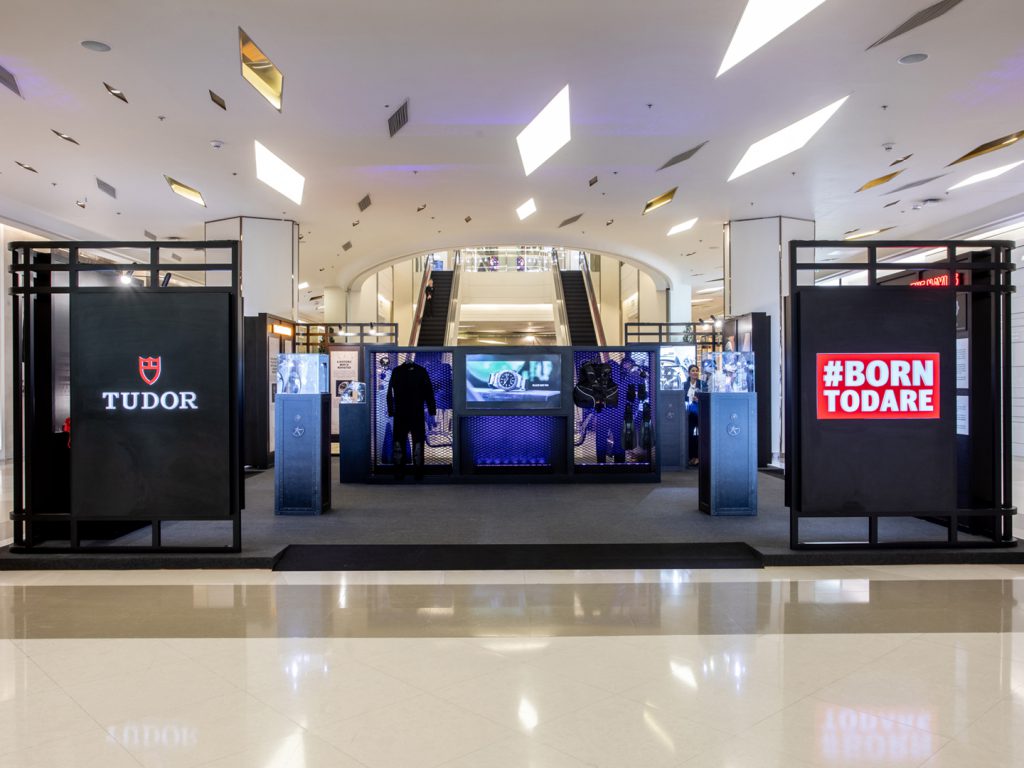 DISCOVER THE TUDOR BLACK BAY P01 POP-UP BETWEEN 12 TO 26 OCTOBER AT SIAM PARAGON, HALL OF FAME. 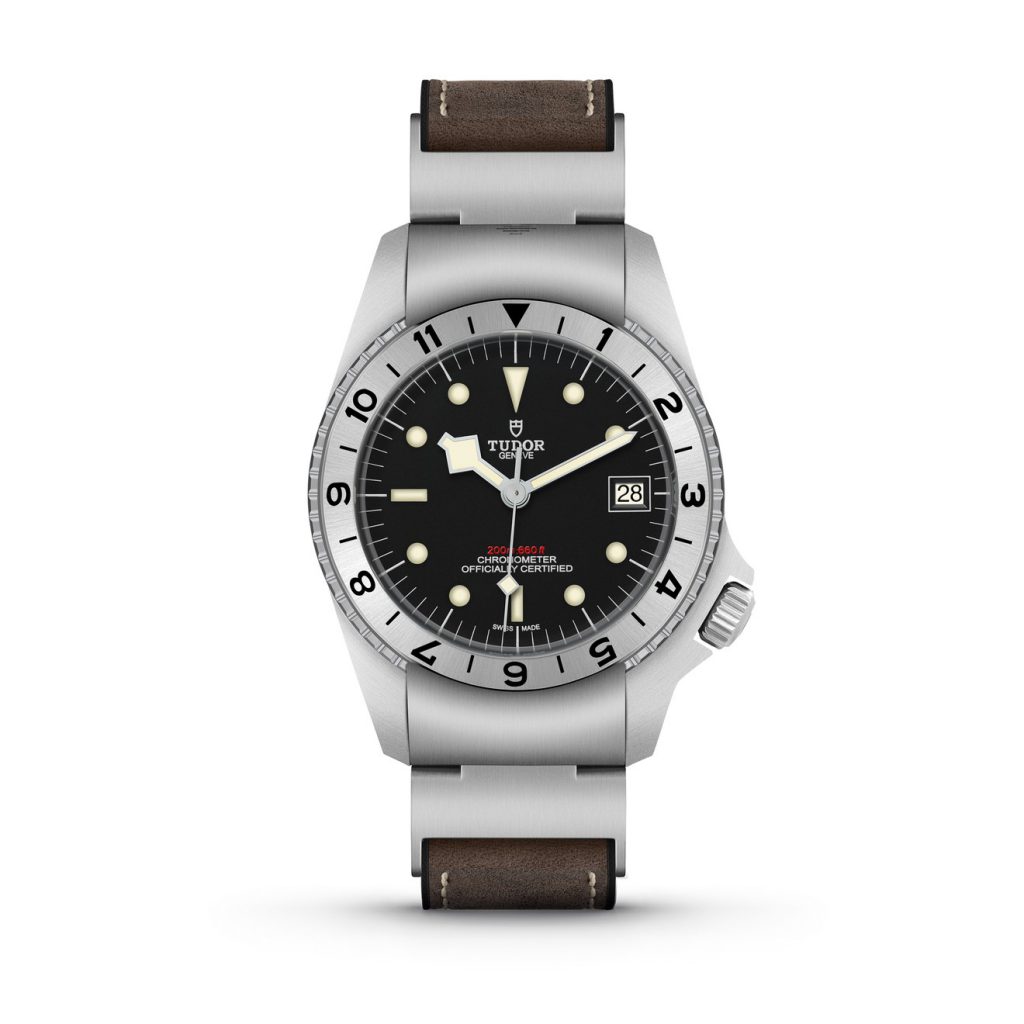 TUDOR introduces the Black Bay P01, a watch based on a legendary prototype developed in the late 1960s and proposed to the US Navy, and in so doing lifts the veil on a little-known aspect of its history.

In 1967, TUDOR, who had been supplying the US Navy with divers’ watches since the late 1950s, began development of a technical model to replace the Oyster Prince Submariner 7928 reference, which was standard-issue at that time. This new watch needed to meet a set of specifications decreed by the American government and incorporated the results of the latest research into functionality and ergonomics carried out by the brand’s engineers. A development phase was launched which resulted in the production of prototypes, as well as a patent for a hitherto unseen function. This ambitious project, which carried the code name “Commando”, never came to fruition as the regular TUDOR divers’ watch, reference 7016, which replaced reference 7928 in the TUDOR catalogue, was eventually adopted by the US Navy. In 2019, the TUDOR Black Bay P01 model – which stands for prototype 1 – is inspired by a prototype developed as part of this study and kept in the brand’s archives, only to have its unique aesthetic brought to life and mass-produced 50 years later. 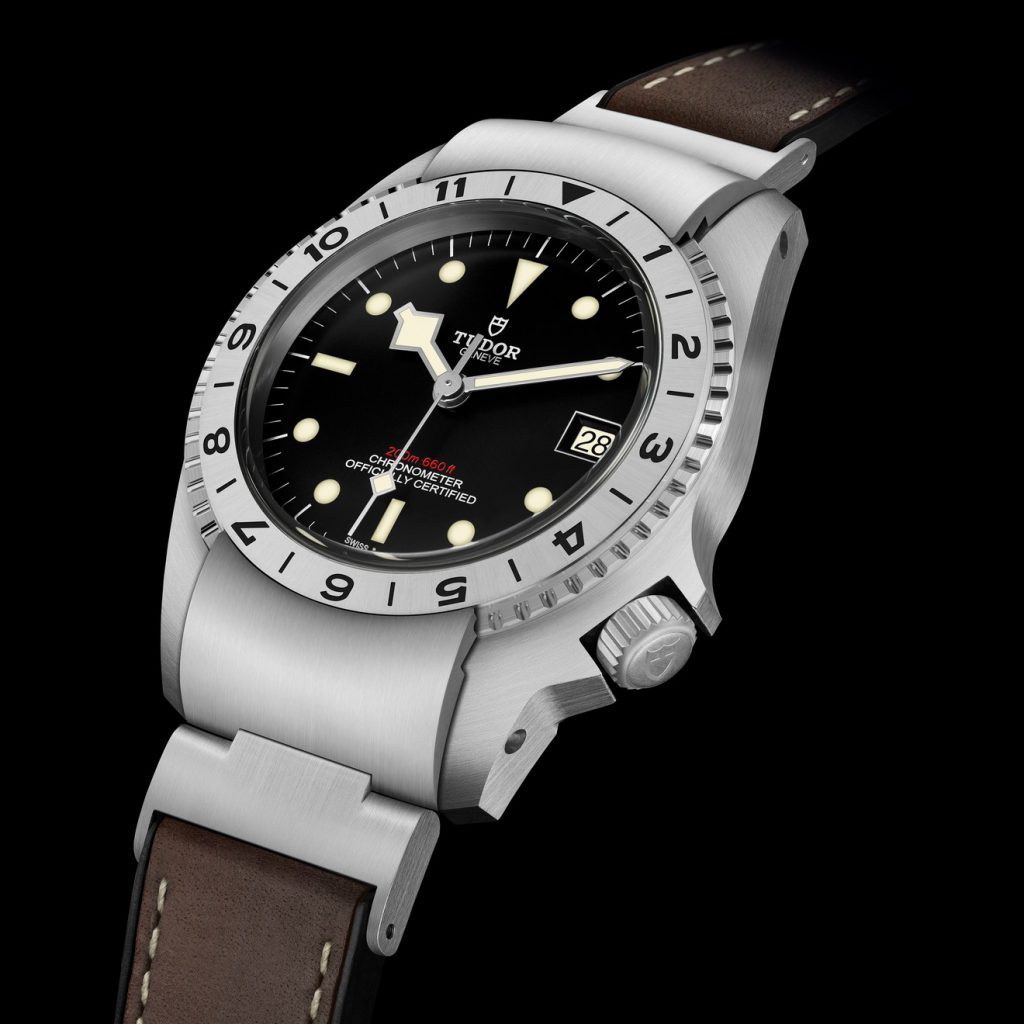 Crafted in a contemporary sporty spirit, while at the same time adopting the principle of the winding crown at 4 o’clock and the prominent end-links of the 1960s model, the Black Bay P01 reflects the exploratory nature of the project, a cross between a divers’ watch and a navigator’s watch. The hinged end-link system on the period prototype was the subject of a patent in 1968, which covered a locking and disassembling system for the bezel to aid maintenance of the watch. The Black Bay P01 model does not literally reproduce this mechanism but borrows liberally from it, providing a stop system for the bidirectional rotating bezel via a mobile end-link at 12 o’clock. Black Bay P01 is waterproof to 200 metres and features hours, minutes, seconds and date functions. It is fitted with a domed matt-black dial with painted luminescent hour markers. Respecting the utilitarian aesthetic of the prototype that inspired it, the case is entirely satin-brushed for a matt finish. 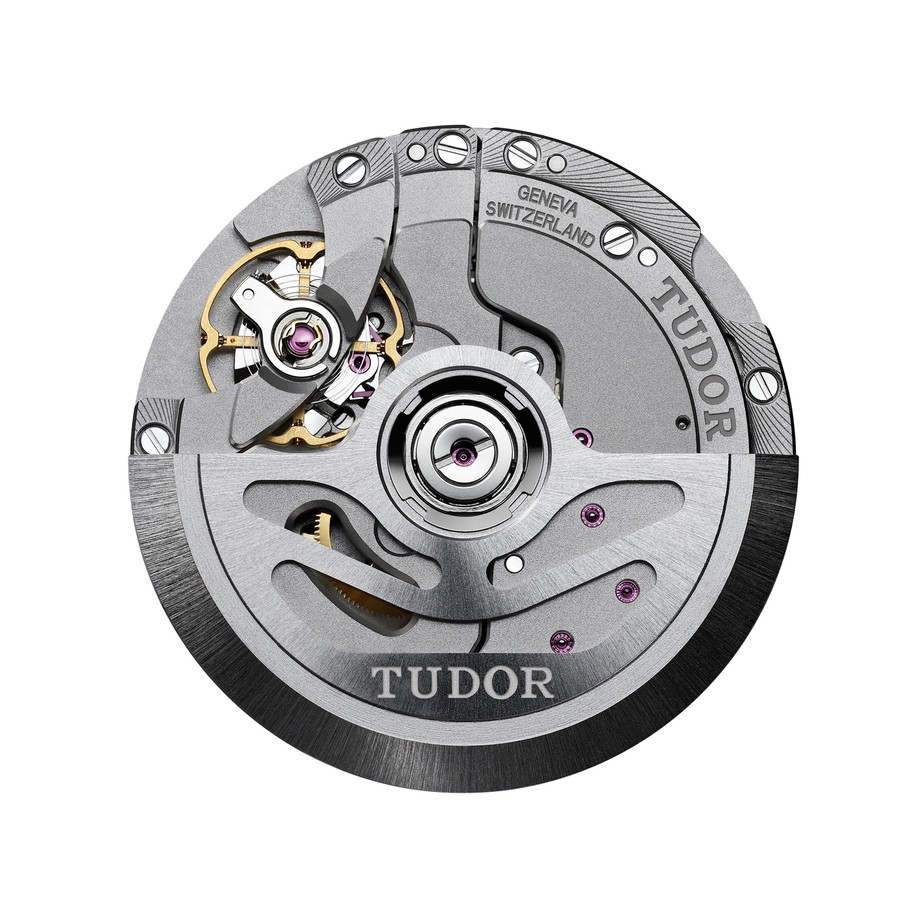 The Manufacture Calibre MT5612 that drives the Black Bay P01 model displays the hours, minutes, seconds and date functions. Its finishes are typical of TUDOR’s Manufacture calibres. Its openwork rotor is satin-brushed with sand-blasted details, and its bridges and plate have alternating polished sand-blasted surfaces and laser decorations. Its build has been designed to ensure robustness, longevity and reliability, as has its variable inertia balance, which is maintained by a sturdy traversing bridge fixed in two-points. Thanks to these qualities, together with its non-magnetic silicon balance spring, the Calibre MT5612 is certified as a chronometer by the Official Swiss Chronometer Testing Institute (COSC). Finally, with a 70-hour power reserve, a wearer can take off the watch on Friday evening and put it back on again on Monday morning without having to re-set and wind it.

A HYBRID LEATHER AND RUBBER STRAP
The strap developed for the Black Bay P01 model is a rubber base with “snowflake” motif on the back, finished with a brown leather trim. In the spirit of the period prototype, mobile satin-brushed steel attachments connect the strap to the watch case.

THE ESSENCE OF BLACK BAY
Like all other models in the Black Bay line, the P01 adopts the TUDOR hands with their characteristic angular shape, known to collectors as “snowflake”, which appeared in the brand’s 1969 catalogue. The result of subtle combinations of historical aesthetic codes and contemporary watchmaking, the Black Bay line is far from simply being an identical re-release of a classic. It brings together over 60 years of TUDOR divers’ watches, while remaining firmly anchored in the present. Whilst it is neo-vintage in conception, its manufacturing techniques, reliability, robustness and the quality of its finish are consistent with today’s most rigorous requirements. 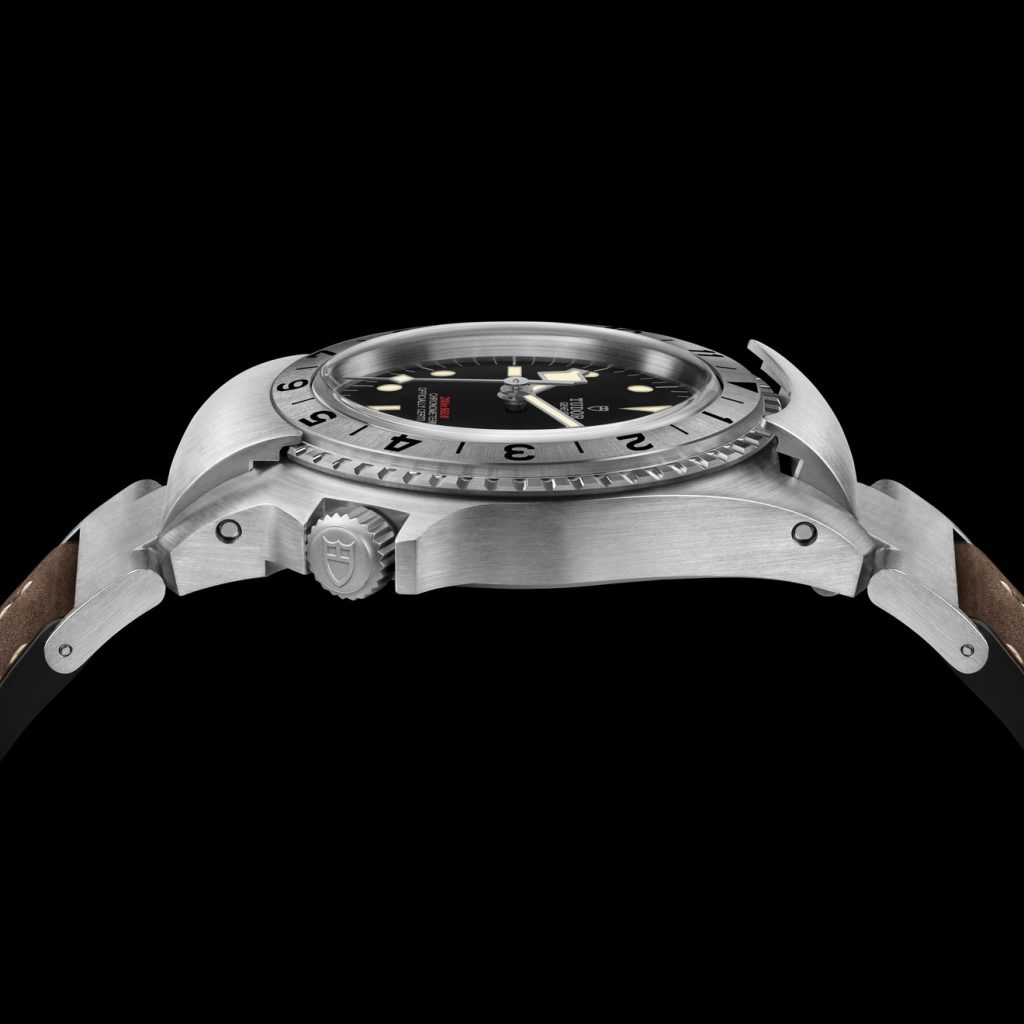 THE TUDOR DIVERS’ WATCH
The history of the TUDOR divers’ watch dates back to 1954, with the launch of reference 7922. It was the first in a long line of divers’ watches and was waterproof to 100 metres. This accessible, high-performance, robust watch fully expressed the brand’s “tool-watch” philosophy. The sixty years that followed the launch of the original 7922 saw the constant improvement of the TUDOR divers’ watch, and each model gained unanimous acclaim from professionals in the field, including some of the greatest navies in the world. 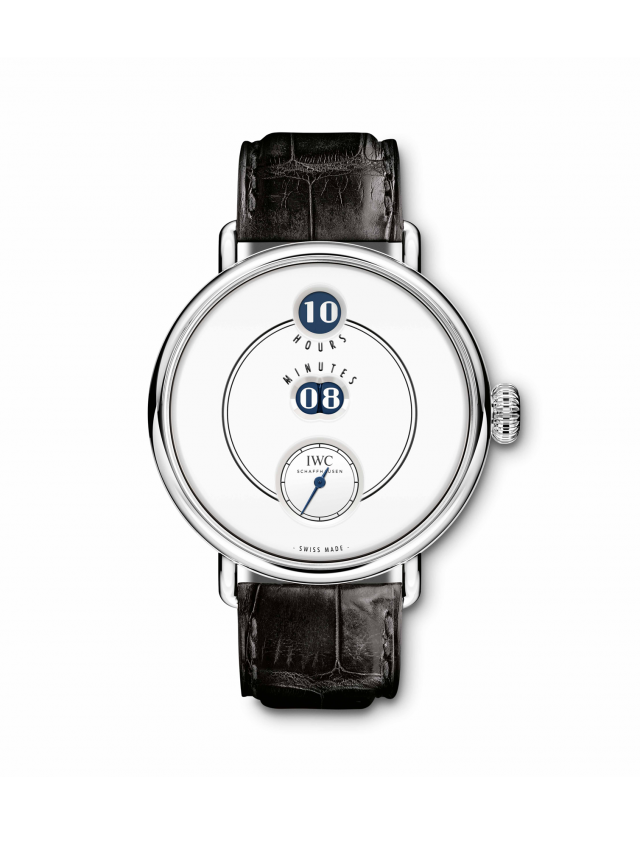